Effects of Gold Mining on the Environment 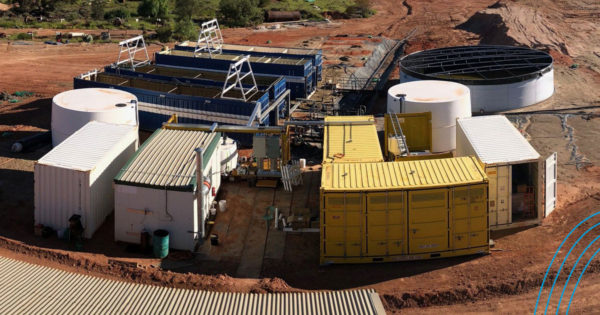 Note: This article was extracted from https://sciencing.com/info-8549411-geological-geographical-characteristics-gold-mines.html and revised.

Gold has been a popular and valuable component of jewellery for centuries—it’s resistant to solvents, doesn’t tarnish and is incredibly malleable, so it can be shaped with relative ease. But what is the environmental impact of gold mining?

Although its price fluctuates, gold regularly sells for more than US$1,000 per ounce and is mostly found as small particles buried in gold ore. However, mining just an ounce of gold from ore can result in 20 tons of solid waste and significant mercury and cyanide contamination.

The large-scale practice of mining gold from ore can have tremendous negative effects on water quality. Gold typically sits in ore and sediment that contains toxins such as mercury. When rivers are dredged to mine large placer deposits of gold, these toxins float downstream and enter the food web, as they have done in California’s South Yuba River, according to the United States Geological Survey.

At two open-pit gold mines in Montana, cyanide used to leach gold from ore resulted in such high levels of pollution that people could not use nearby water resources until they had been subjected to extensive and expensive treatment and purification. Although the two gold mines closed in 1998, reclamation and water-treatment efforts continue to cost the state’s taxpayers millions of dollars. Furthermore, reclamation efforts at the former mines are expected to continue indefinitely.

In addition, mercury used in artisanal and small-scale gold mining operations can become airborne, polluting both the air and water.

Also, sodium cyanide is often used in gold mining operations to extract gold from ore. Sodium cyanide is another chemical compound that can pollute the air and water when it is not properly contained.

Most forms of gold mining involve moving massive amounts of soil and rock, which can be detrimental to the surrounding wildlife habitat. The United States Environmental Protection Agency estimates that the development of a proposed gold and copper mine in Alaska’s Bristol Bay would destroy at least 24 miles of streams that support the world’s largest sockeye salmon fishery.

The proposed mine’s daily operations would also destroy thousands of acres of wetlands and ponds. Local communities depend heavily on this fishery and would be affected by this habitat destruction.

Regular operations at gold mines adversely affect the environment in several ways. For example, operating large mining equipment requires fuel and results in the emission of greenhouse gases. However, potential mine accidents and leaks pose an even greater threat to nearby land and water resources.